John Henry "J.H." Taylor  (19 March 1871 - 10 February 1963) was an English professional golfer and one of the pioneers of the modern game of golf, considered to be one of the best golfers of all time. He was also a significant golf course architect. He was a member of the fabled Great Triumvirate of the sport in his day, along with Harry Vardon and James Braid, and he won the Open Championship five times.

Born into a working-class family, and orphaned as a boy, he began work as a caddie and labourer at the Royal North Devon Golf Club (also known as Westward Ho!) at the age of 11. He was employed as a caddie and houseboy by the Hutchinson family and was tasked to carry the bag of Horace Hutchinson.

He became a professional golfer at 19, and was employed by Burnham & Berrow Golf Club, the Winchester (later Royal Winchester) Golf Club - whilst there winning in successive years the first two of his Open Championships - and then the Royal Wimbledon Golf Club, before eventually moving to the Royal Mid-Surrey Golf Club from 1899 until his retirement in 1946.

In 1901, Taylor was a co-founder and the first chairman of the British Professional Golfers' Association. This was the first association for professional golfers in the world. Bernard Darwin wrote that Taylor "had turned a feckless company into a self-respecting and respected body of men".

Taylor was a factor in the Open Championship from age 22 in 1893, until age 55, when he tied for 11th place in 1926. His five Open victories all took place before the First World War:

Taylor captained the 1933 Great Britain Ryder Cup team to a win over the United States, and remains the only captain on either side never to have played in any of the matches.

He is attributed with being the inventor of the 'dogleg', although holes of that form had existed on many courses before Taylor began golf course design (for example No. 7 on the Old Course at St Andrews and No. 4 at Prestwick Golf Club).

He was made an honorary member of the R&A in 1949, and was president of Royal Birkdale Golf Club, whose course he had designed, in 1957. 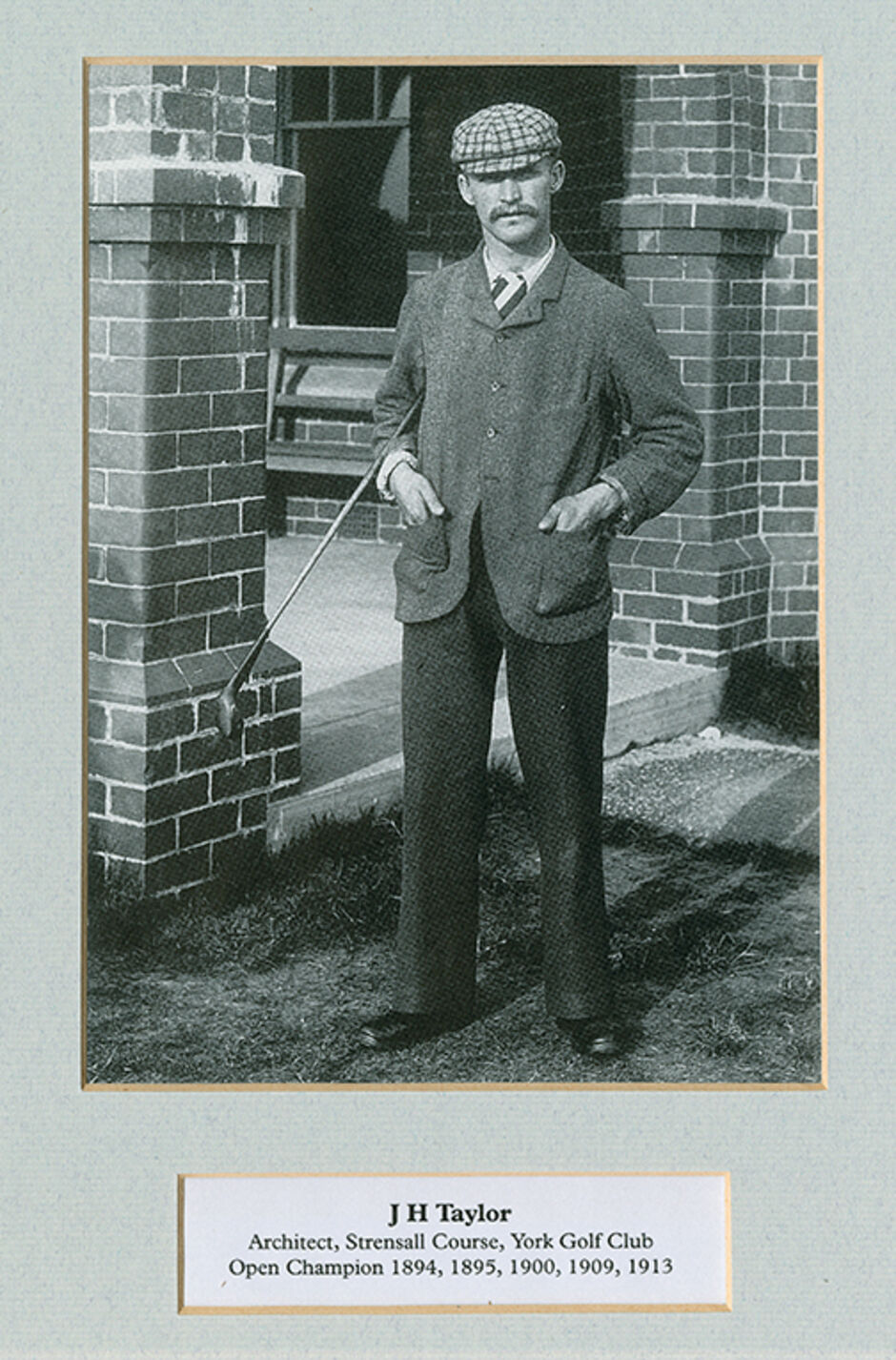